The tasting season @ The Champagnebar by Richard Juhlin in Stockholm started with a bang! We poured 6 versions of Dom Pérignon Œnothèque.

RJ ON DP Dom Pérignon – the name alone makes most of us break out in a delightful smile. When we think of this 17th-century monk from Hautvillers – so often pointed out as the father of Champagne – we either regard him with historical reverence, or associate his name with the proudest of all wine labels and everything else that follows in its glamorous, sparkling wake. Just imagine all the classic movie scenes that have been sweetened by a bottle of Dom Pérignon. Bond movies usually spring to mind. Countless times I’ve sat and sighed over agents with a license to kill: villains and exquisite women in seductively luxurious surroundings, all revelling in icy Dom Pérignon. Most champagne enthusiasts have their favourite scene. Mine is when Scaramanga, the man with the golden gun, shoots the cork off a bottle carried on a tray by his dwarfish servant Nic-Nack, along a now-famous Thai beach. The most comical scene must be when Sean Connery is served a 1957 Dom Pérignon, a vintage that never existed. Brilliant research!

Back in 1936, Moët & Chandon’s marketing director Robert-Jean de Vogüé could not possibly have imagined what he had done when he dreamed up the idea of the world’s first prestige champagne – a champagne with a sky-high price that was supposed to be even better than the vintage wine, along with a spectacular look that won respect and prompted extravagant enjoyment. Once he got the idea, Vogüé of course couldn’t wait to sell Dom Pérignon. The problem was, if the champagne was supposed to be as exceptional as he claimed, it should be at least 15 years old. The only solution was to bring out Moët’s foremost 1921 vintage and decant the wine into the new bottles. This “transversage process” was not especially kind to the wine, and not until the 1943 vintage, or possibly the 1937, was the wine actually decanted straight into the curvy bottle. This means that all tasting of the first vintages of Dom Pérignon are more of a curiosity than of pure pleasure. Rather unsentimentally, I look more to the quality of the wine than anything else, so it is natural for me to choose instead this era’s usual vintages. 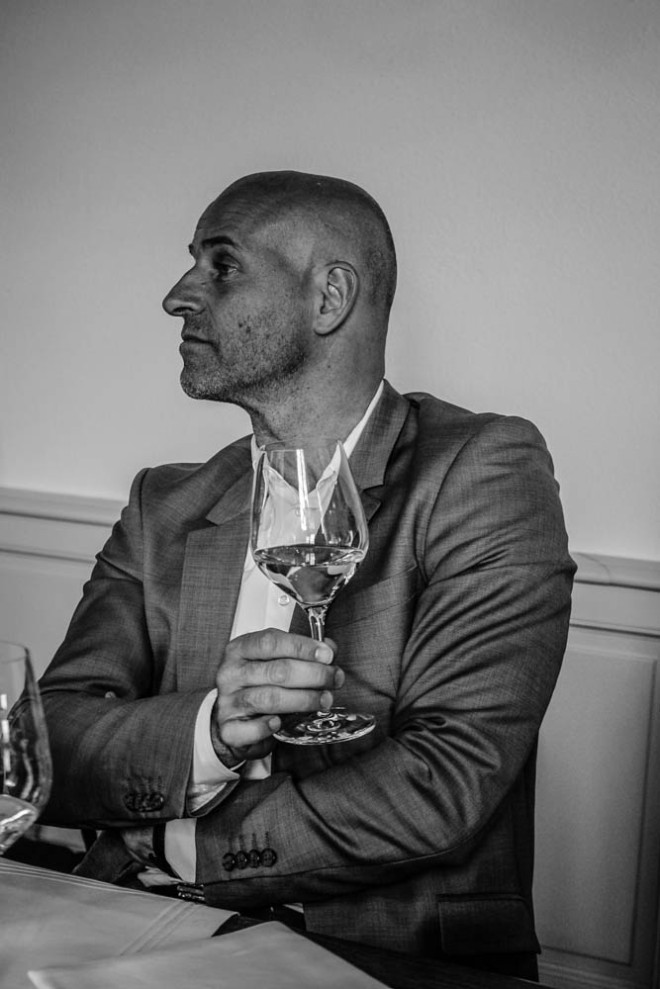 But what about the quality seen from a historic perspective? If you disregard the period of transversage, through the years the wine has been strikingly consistent both in style and quality. The 60s should probably be regarded as the golden age, with a slight overproduction slump in the 70s and 80s. With hardening competition from the other prestige brands, and with the genial Richard Geoffroy at the helm during the 90s, Dom Pérignon is back in brilliant form. The wines from the great vintages, such as 1990 and 1996, have a concentration that is not far behind the 64s and 61s.

The style itself is ultra-sophisticated, with an amazingly silky softness combined with toasted fireworks, backed up by an exotic fruitiness in a medium body. When Dom Pérignon is at its best I find notes of forest morelles, cream, peach and an overabundance of roasted coffee beans and nuttiness. Dom Pérignon Rosé is an even more exquisite and rare product that has been molded in a similar form, though its full-bodied shape leans more to strawberry or orange, where the whiter somewhat lighter variety becomes exotic and toasted. Dom Pérignon Oenothèque is the latest child in this distinguished family. At Richard Geoffroy’s initiative they now release a restricted number of old, well-preserved bottles from Moët’s own cellar in different stages of maturity. The wine can be newly disgorged, but it isn’t a fixed thing. What is guaranteed, however, is that the wines are in the best possible condition, and that they most likely will act a little more youthfully than the bottles that have been out on the market for a while. This treasure is now decorated with a luxurious black label in unmistakable style.

And speaking of style … In an age when PR people constantly want to minimalize labels and change both bottle design and packaging, Dom Pérignon stands there like a Sophia Loren of the champagne world, unchanged and as timelessly sexy. The balance conveyed in the subtly curvaceous shape of the bottle, paired with an olive-green label in the shape of a coat of arms adorned with cursive writing, is still as magical as ever. Since 1970 the wine itself is made exclusively in steel tanks and the grapes are mainly Pinot Noir from Aÿ, Bouzy, Verzenay and Hautvillers, as well as Chardonnay in approximately equal amounts from Cramant and Mesnil.

It is not without pride that I make the claim that recently I most likely became the first person in the world to have tasted every vintage of the world’s most famous wine. I filled in the last blanks in August 2006 during an extremely comprehensive DP-tasting at the eminent Søllerød Kro north of Copenhagen, Denmark. A private Danish enthusiast had been collecting wines for 12 years. The whole engagement was extremely well-run and those of us in the pan-Scandinavian tasting group enjoyed two wonderful days of enormous amounts of first-class food and Dom Pérignon in such large quantities that the film “La Grande Bouffe” came to mind. In order to survive the numerous orgiastic gastronomic excesses, I jogged two laps around one of Zealand’s largest lakes between indulgences. 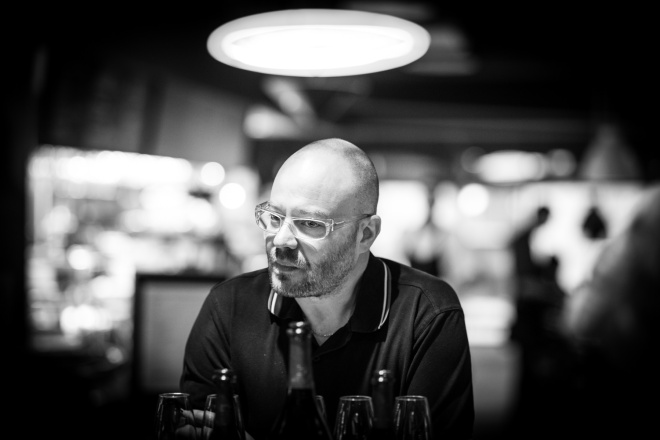 The only unfortunate thing was the condition of the older wines. Never before have I been so convinced of how important are the storing conditions of older wines. In Denmark, where the open market has had free play for a long time, old rare wines have frequently changed hands and wine-dealers often store their treasures on the shelf at room temperature for years on end. Down on the continent, wines have usually been allowed to lie still in the same cellar year after year before being drunk, and are therefore in much better condition.

The horrible truth was that all of the wines older than 1964 were in poor condition! This time the winners were found exclusively in the 60s and 70s. Most impressive were almost all of the gigantic 76s, closely followed by the textbook vintages 1964, 1966, 1969 and the elusively seductive 1971. The 1980s felt exactly as weak as the high yields let on, and the shake-up during 1990 and 1996 was difficult to miss.

Original’’98  – TASTING NOTE ‘You will have to take my first notes on this wine with a generous pinch of salt. I tasted it actually in connection with the launch of my latest book at the French Embassy in New York. Partly I had my focus elsewhere, but above all the glasses were far from perfect. This wine felt classical, fairly light, but with a long, impressive aftertaste. I will return to it when I have been able to taste it in my own glasses. Now I have done that and the impression is the same in the main. Very long, pure and classical, with mineral in the lead, but up to now rather weak.’ RJ 92(93)

’P2’98  – TASTING NOTE ‘The same wine as Oenothèque, but because it is a new name, the wine is slightly more autolytically from Moëts cellars. New name stands for plentitude step(phase) 2 of the three steps (phases) that Dom Pérignon, according to Richard Geoffroy, always achieves.’ RJ 95(96) 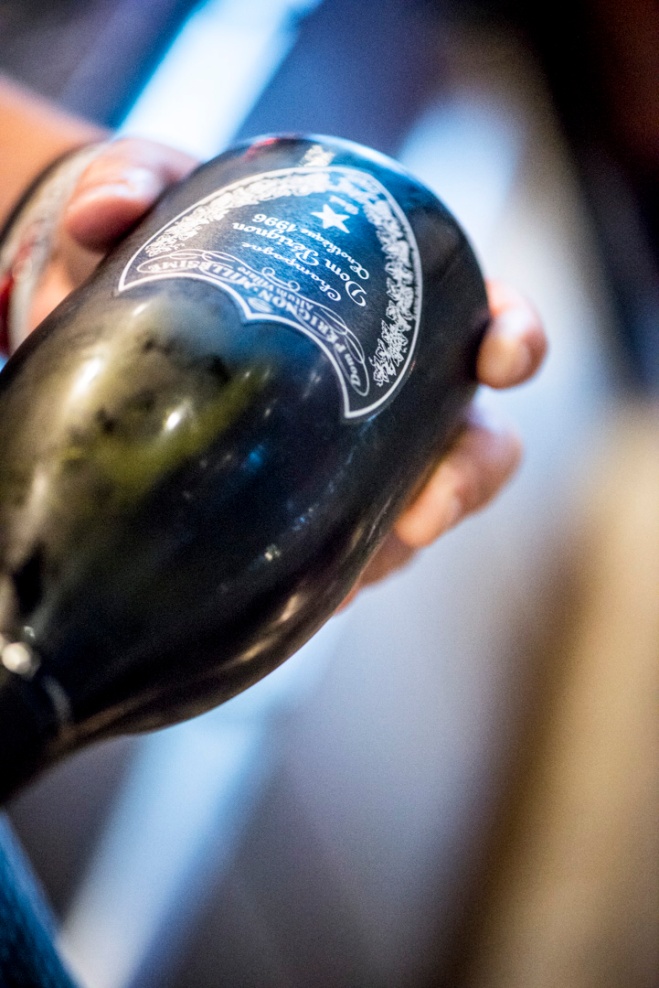 Original’96 – TASTING NOTE ‘When I tasted this wine for the first time it was together with Tom Stevenson at its world premier at the Mandarin Oriental Hotel in London. Both of us were surprised by the openness and direct charm that this classic, unmistakable Dom Pérignon exhibited. The acidity was there, under the blanket of sweet, rich aromas created by a rather high dosage and ripe grapes. The nose is heavenly with its elements of peach, lemon, and lime, together with vanilla, chocolate creams, and coffee beans. The taste is caressingly soft and very rich. Wonderful on the spot, but surely a wine to follow through life’s every phase. Geoffroy is a genius!’ RJ 94(96)

Œnothèque’96 – TASTING NOTE ‘Has won more complexity due to the contact with the lees even longer. A further shift in this masterpiece. Wait to open the magnums and drink from 2025. The bottle is already sweet with a strong seafood element, classical toasted notes, nutty richness backed by an incredible acidity and length.’ RJ 95(97) 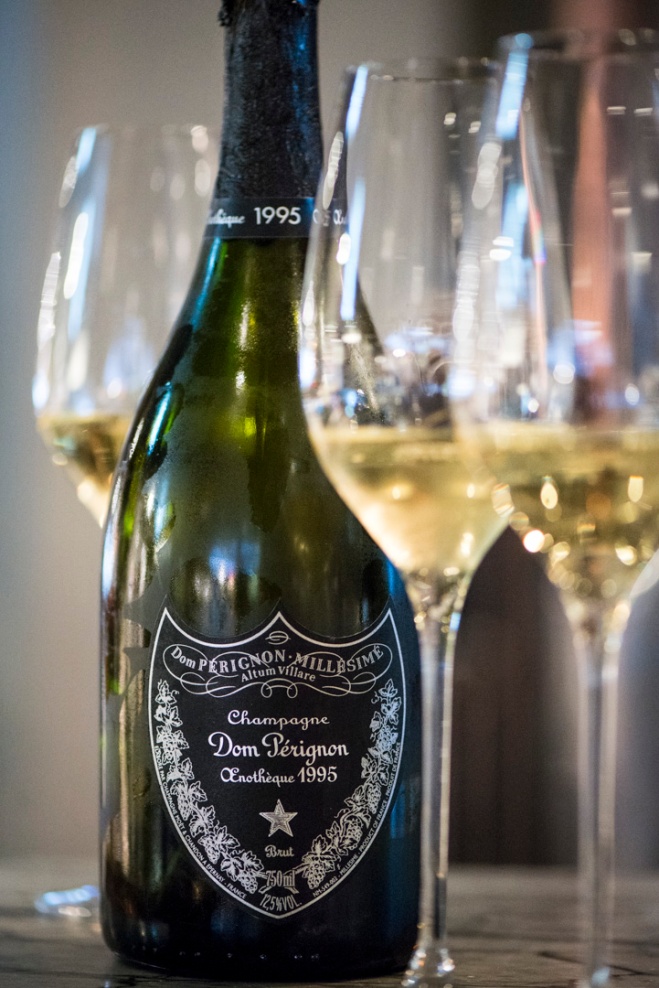 Original’95  – TASTING NOTE ‘Here is a soft, charming, sensual, and classic Dom Pérignon. The wine carpets the palate with the softest silky texture you can desire. This supple, complex wine runs down your throat with the greatest ease, trailing a fresh aftertaste. The aromatic palette is the same as usual, with its exotic fruit and breakfast-y notes, as well as an unusually strong dash of vanilla that is a distinguishing feature of the vintage.’ RJ 93(94)

Œnothèque’95  – TASTING NOTE ‘A precociously developed, complex, luxuriously brought-up charmer. Perfect balance and a more acidic sensation in this issue with somewhat lower dosage. The translucence and elegance of a mountain stream.’ RJ 94(96) 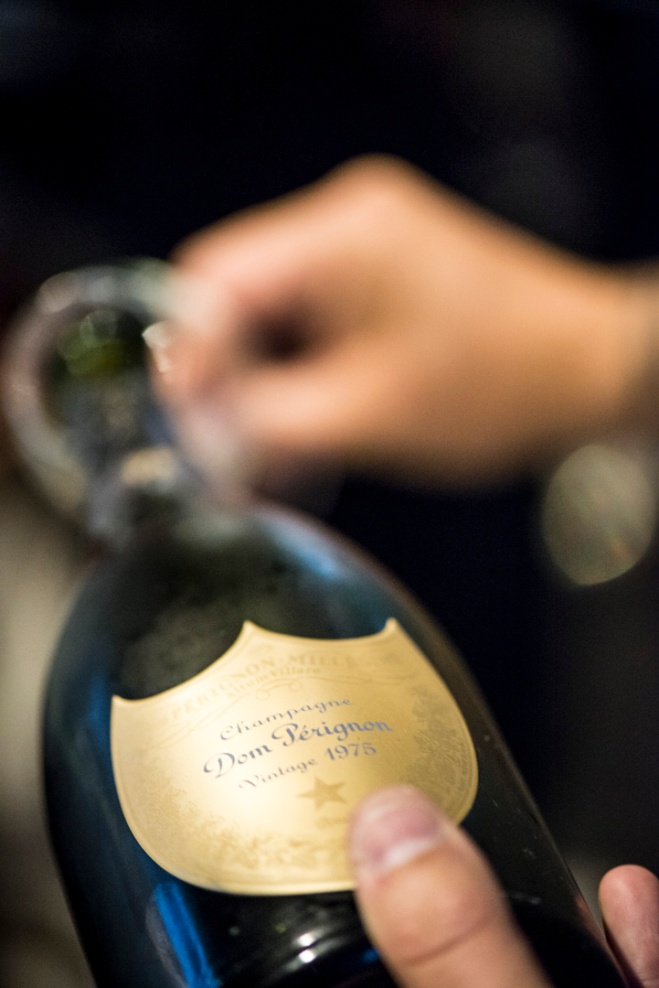 Original’75  – TASTING NOTE ‘A pure Dom Pérignon with everything in its rightful place. Perhaps this wine lacks charm compared to some other vintages, and I go against the grain in preferring the ’73. Seams to be a longlived star.’ RJ 94(94)

Œnothèque’75  – TASTING NOTE ‘For a long time little neutral and weak in scent. Extremely dense and focused in the mouth. Long and intense. Since about a year ago, magical with an incredible floral uplifting soaring elegance. Nice bright fruit and heavenly.’ RJ 97(97)

Original’71 – TASTING NOTE ‘All the older vintages of Dom Pérignon develop a clear tone of roasted coffee beans. The ’71 is full of such aromas. The taste is slightly thinner than the ’73 and without its walnut tones, but the aftertaste is actually longer. Better and more impressive almost every time I taste it.’ RJ 96(96)

Œnothèque’71  – TASTING NOTE ‘ One of the most elegant and sophisticated creations the wine world has seen by the magnum. However, some downward if the bottles been out on the market for a while (old version of Œnothèque’ RJ 97(97)

Original’70 – TASTING NOTE ‘Relatively weak nose with slightly toasted elements. The taste is fruity and good, but the wine hardly holds up its label. Big bottle variation, where certain bottles have a strongly toasted bouquet.’ RJ 88(88)

Œnothèque’70 –  TASTING NOTE ‘A previously unreleased rare wine which gained greatly by being stored in the producer’s cool cellars. Great complexity and density. However, I am not so fond of the round taste profile and the architecture. The taste is classic nougat sweet with hints of coffee. The scent however breathe lake plants and mid-Swedish summer evenings. A lot of bottle variation unfortunately.’ RJ 93(93) 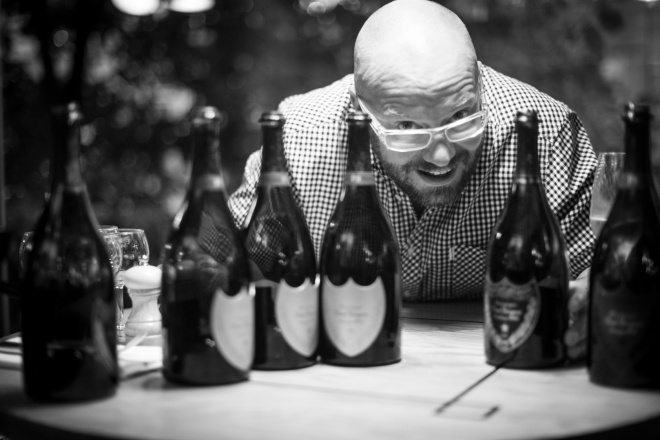